Fortnite - one of the world's biggest video games • © Getty

Three Reading School gamers were involved in a situation where one of them had been playing online with another player they didn’t know who sent him a pornographic image “as a joke”. When speaking about how he tackled the situation he said, “I didn’t want to lose the privilege of playing on the Playstation”, that was the reason he didn’t tell his parents. The other two students he told took it upon themselves to sort it out and tell their school what the victim couldn’t because he thought he would get in trouble. This proves that awareness needs to be raised as the victim didn’t know what to do, in fear that he would not be able to play on his PlayStation.

Declan, a student at Reading School, believes that in-game bullying is common on the Xbox: “100%. People are getting angry, being annoyed at the game and then saying things about other people then constantly bullying them for not being as good at them or being jealous.”

i-SAFE Foundation, a non-profit organisation dedicated to educating youth about staying safe on the internet, found that more than one in three young people have experienced cyberthreats online and over 25% of adolescents and teens are cyber-bullied repeatedly. It’s these kinds of facts which are leaving parents questioning whether the Xbox is a platform for their children to enjoy or to make them feel upset or unhappy.

To understand how to tackle a problem, the cause must be identified first.

Firstly, why does bullying occur in video games? Experienced gamers in the Reading School community believe there are many reasons.

In competitive game modes, where players are pitted against the best of the best in order to improve their rank to show how good they are (such as Tom Clancy’s Rainbow Six Siege, Call of Duty and FIFA), players can be led astray from the actual enjoyment of the game into being the best at it out of their friend group. Ben says: “one of the main reasons bullying whilst gaming takes place is because someone is better than the bully but the bully wants to be the best at the game, so he goes against the player he is playing with.” They may go about this in many ways in order to get the player angry or upset making them play worse, forcing them to do something in retaliation in order to make them look worse than the person doing it in the first place or making them quit the game and stop playing video games altogether. 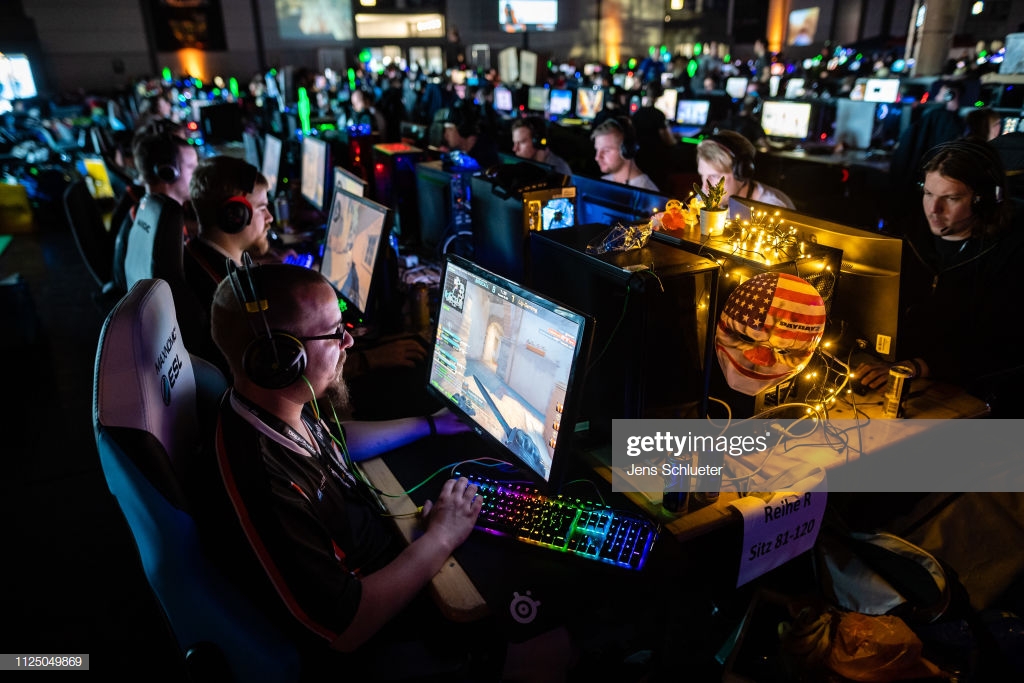 Gamers we spoke to also said that in more casual situations, where the players are looking for an escape from the competitive category just looking for a game situation where no one is judged to be better or worse than anyone else, the reasons to bully may be more minor and possibly even pettier. “Maybe the bully’s favourite character was picked by someone else and now since they can’t play as him/her or maybe there was a situation in the last round where a player may have not used simple game logic and the bully may just be angry at them and wants them to feel bad about that last round,” explained Tom.

In terms of the comparison between relaxed game modes or games where performance affects end of season level, our experts believe that the reasons may be different, more simple and just because something happened that annoyed the bully whereas in competitive play it may be someone just wanting to make the other player feel bad, but the consequences may be similar. So how may a bully go about trying to make another player feel bad? Reading School Well of course the most effective and most common method experienced by Reading School gamers is verbal abuse, swearing or being racist or homophobic to another player, attempting to make them feel bad about their own unique self and personality.

There are also more technical techniques that could be specific to different games or categories of games.

Firstly, team killing: in combat games that are trying to replicate real life military situations (Tom Clancy’s Rainbow 6, Battlefield and Call of Duty), there may possibly be a function called friendly fire. Friendly fire (FF) is where you can shoot all teammates and even kill them, team killing (TK) is another common method online bullies use to aggravate a teammate in game. Whilst in most games after TK you may be banned, other games leave it as something anyone can do at will as it may increase how genuine or realistic the game may feel.

Another way bullies may annoy players in-game is trolling or griefing, similar to teasing in game. Ben says this is a real problem: “This is something that can’t be removed from games as bullies find actions that aren’t necessarily harmful to other players in other situations, and turning them into mean actions.” For example, loot stealing, which is mostly found in Fortnite. When a player kills another player in Fortnite, the killed player’s loot is dropped. This player may have some very good items that the other player may want to use to improve their gameplay but in a team mode, a bully may come and just take the loot that has just been dropped without asking the player whose loot it rightfully is. This can also be annoying for players as it is in affect stealing from someone’s hard work.

The damage has been dealt, the crime has been committed but how should a victim deal with being cyber-bullied?

The first thing is to ensure that the bully faces the consequences of what they did and the most effective way to alert developers, making sure that the bully faces a punishment, is using the built in “report” feature. It’s very common now to be able to report someone on the platform (Xbox or Playstation) and on the game (Fortnite, Rainbow Six Siege). This alerts a computer programme in the servers that a player believes that another gamer they’ve reported has done something wrong. The bot then reads through recent communications and if they find something offensive, the bot will give a punishment to a player. This could be a communication ban, a specific game ban or a total account ban.

ConnectSafely.org, a non-profit organization dedicated to educating users of connected technology about safety, privacy and security, are worried that being bullied can have long term effects on a young person’s state of mind especially if it happens repeatedly. They advise that some ways to deal with it are by “not retaliating”, “telling the person to stop” or in other situatiuons, “take action”. Possibly the best way to deal with bullying issues is using available counselling services, face to face and through the phone. These services are usually confidential and free of charge so you don’t have to worry about it coming up in later life. The most effective of these are Childline, The YoungMinds Crisis Messenger or the Samaritans helpline.

The gamers I contacted said that there is a lack of awareness in the community on how to deal with these situations. Declan says: “awareness is not raised enough for young people to know what to do when they experience these situations.” Tom thinks that the un-educated should be told in PSHE lessons, or made aware of the problems: “This will encourage them to ask how they are able to address the problems themselves.” Reading School gamers, Xbox and Playstation alike, agreed that developers do try to raise awareness about in-game bullying but they do not do it enough.